Translation of the mother/child image from the German: Diakonie: Emergency Help. ‘The largest disaster is forgetting.’

The word of the Lord came to me: 2 Mortal, prophesy against the shepherds of Israel: prophesy, and say to them—to the shepherds: Thus says the Lord God: Ah, you shepherds of Israel who have been feeding yourselves! Should not shepherds feed the sheep? 3 You eat the fat, you clothe yourselves with the wool, you slaughter the fatlings; but you do not feed the sheep. 4 You have not strengthened the weak, you have not healed the sick, you have not bound up the injured, you have not brought back the strayed, you have not sought the lost, but with force and harshness you have ruled them. 5 So they were scattered, because there was no shepherd; and scattered, they became food for all the wild animals. 6 My sheep were scattered, they wandered over all the mountains and on every high hill; my sheep were scattered over all the face of the earth, with no one to search or seek for them.

7 Therefore, you shepherds, hear the word of the Lord: 8 As I live, says the Lord God, because my sheep have become a prey, and my sheep have become food for all the wild animals, since there was no shepherd; and because my shepherds have not searched for my sheep, but the shepherds have fed themselves, and have not fed my sheep; 9 therefore, you shepherds, hear the word of the Lord: 10 Thus says the Lord God, I am against the shepherds; and I will demand my sheep at their hand, and put a stop to their feeding the sheep; no longer shall the shepherds feed themselves. I will rescue my sheep from their mouths, so that they may not be food for them. 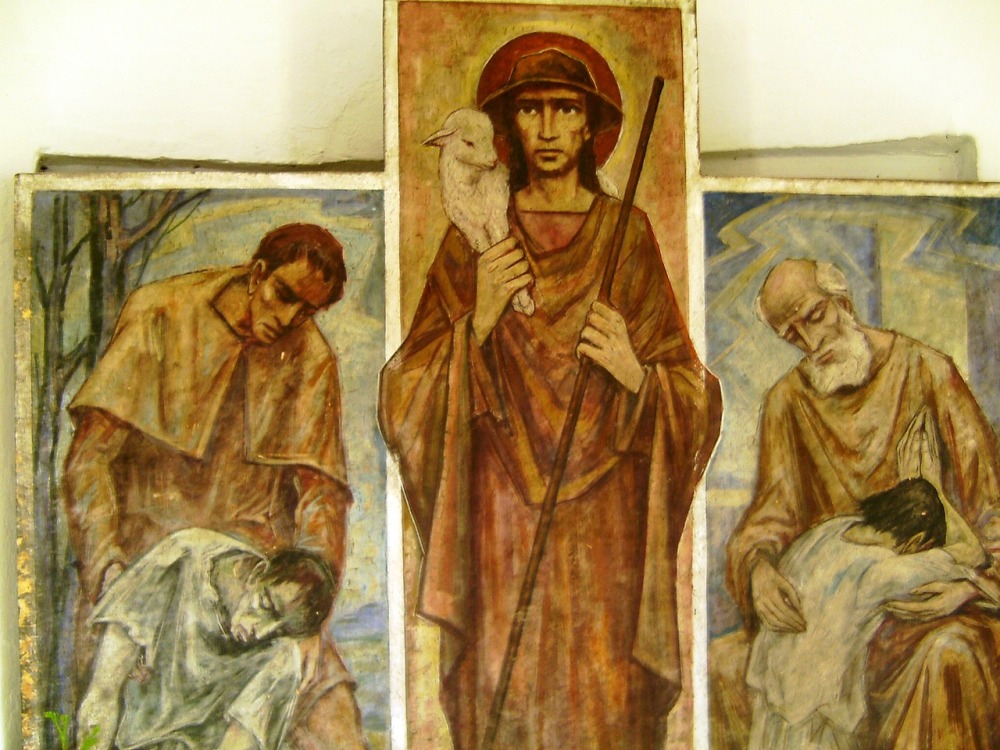 11 For thus says the Lord God: I myself will search for my sheep, and will seek them out. 12 As shepherds seek out their flocks when they are among their scattered sheep, so I will seek out my sheep. I will rescue them from all the places to which they have been scattered on a day of clouds and thick darkness. 13 I will bring them out from the peoples and gather them from the countries, and will bring them into their own land; and I will feed them on the mountains of Israel, by the watercourses, and in all the inhabited parts of the land. 14 I will feed them with good pasture, and the mountain heights of Israel shall be their pasture; there they shall lie down in good grazing land, and they shall feed on rich pasture on the mountains of Israel. 15 I myself will be the shepherd of my sheep, and I will make them lie down, says the Lord God. 16 I will seek the lost, and I will bring back the strayed, and I will bind up the injured, and I will strengthen the weak, but the fat and the strong I will destroy. I will feed them with justice. 17 As for you, my flock, thus says the Lord God: I shall judge between sheep and sheep, between rams and goats.